Series: The Royals #5 (Not a standalone)

These Royals will ruin you.

Ever since Hartley Wright met Easton Royal, her life hasn’t been the same. There are enemies behind every corner and dangers beyond each door. When tragedy strikes and steals her memories, she can’t trust anyone, not even the blue-eyed boy who promises her that everything will be all right.

Because while Hartley’s memory is full of gaps, her instincts tell her Easton is dangerous. She doesn’t know if he’s the snake in the garden or her chance at salvation. The chaos he brings wherever he goes is too much to handle, the intense feelings he evokes are too confusing to unravel.

Tragedy. Treachery. Trust. Hartley has to face the facts—in this world, you can’t escape the Royals.

Either you live by their rules or you die by them. 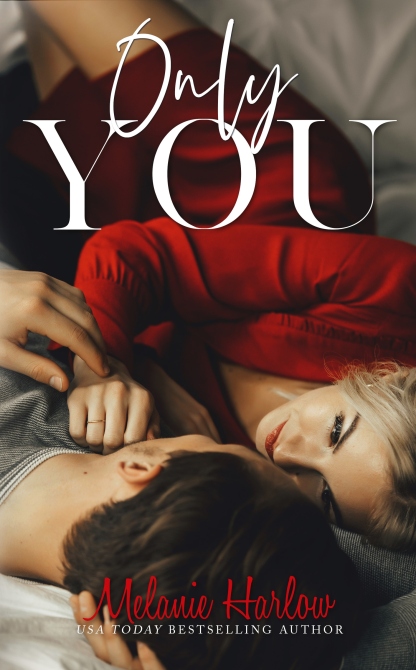 Nate Pearson is ridiculously handsome and wears the hell out of a suit and tie, but I’ve seen the parade of beautiful women leaving his apartment across the hall—a different one every time—and I want no part of it. When it comes to romance, I’m looking for something real, something that will last: the happily ever after.

As a divorce attorney, he loves to tell me there’s no such thing.

As a wedding planner, I choose to disagree.

We disagree on almost everything, in fact. Everything except James Bond. The only time we really get along is when we’re watching 007 flicks together, and I’ll admit—he has rescued me from a disaster or five. So when one of the baton twirlers from his parade leaves a baby girl at his door with a note that says “I’ll come back for her” and he begs me for help, I can’t turn him down.

But it’s a mistake.

Because watching him with his daughter, I start to see another side of Nate, a side that has my breath coming faster, my body craving his, my heart longing for him to change his mind about love and tell me there’s a chance for us.

I don’t want to be just another girl leaving his apartment in the morning.

I want to be the one he asks to stay.

Series: How to Date A Douchebag # 4- Is a standalone.

THERE ARE NO DOUCHEBAGS IN THIS STORY.

Well, there are, but they’re not who this story is about.
This story is about me—the coach’s daughter.
When I moved to Iowa to live with my dad, the university’s take-no-prisoners wrestling coach, I thought transferring would be easy as pie—living with my father would be temporary, and he’d make sure his douchebag wrestlers left me alone.
Wrong on both counts.

ASSHOLES ALWAYS COME OUT OF THE WOODWORK WHEN THE STAKES ARE HIGH.

A bet is placed, and I’m on the table. After one humiliating night and too much alcohol, I find the last nice guy on campus. And when he offers to rent me his spare bedroom, I go all in. It’s time for the nice guy to finish first.
Midnight chats and spilling my problems turn to lingering touches. Lingering touches turn to more.
And the ultimate good guy has the potential do more damage than any douchebags ever could.

Before I begin, please note I will not be posting any major spoilers to The Coaching Hours, so some of my review may be vague at times. It’s for your benefit, I swear! 🙂

This is a different review for me to write, because I both loved and disliked this book. Yeah, I know, I’m a strange one. 😛 First of all, I loved the first 70% of this book, so lets focus on that first. It was witty, adorably awkward, and filled with sizzling sexual tension.

Elliot is the kind of hero that doesn’t seem to be in books too often anymore. He’s the nice guy, the one who will take care of you when you drink too much, and let you pick the show- no matter what- type. I really liked his character. I thought he was perfect without being perfect, and wasn’t annoying sweet either. He had some dirty thoughts, trust me. I thought he really made this book.

His relationship with Anabelle is a slow burn. They are strangers, then roommates, then friends. It happens slowly, and feels very natural. While there is a instant attraction between them, the tension between them is one that builds up over time. But don’t worry, there are plenty of aww moments and a whole bunch of “almost” moments. I was smiling, laughing and swooning.

I just could not get into the last 30%. All the build up and happy feels I had inside from the beginning were disappearing, and not enough happened at the end to bring them back. There IS a HEA, please don’t worry! I just felt like due to some situations, Anabelle and Elliot lost the connection. I didn’t feel the chemistry anymore. It just felt like you were supposed to be rooting for those two, instead of doing it naturally. The whole thing felt rushed and out of sorts, and to me didn’t match how wonderful the beginning was.

So, there you have it. I hope that everyone else doesn’t have the same problems I did, and love it 100%! It is worth a read. 🙂 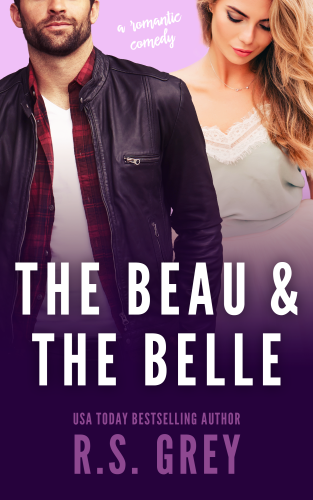 Title: The Beau and the Belle

Beau Fortier starred in most of my cringe-worthy teenage fantasies.

I met him when I was a junior in high school, a time that revolved exclusively around bad hair, failed forays into flirting, and scientific inquiries into which brand of toilet paper worked best for stuffing bras.

That is, until Beau moved into the small guest house just beyond my bedroom window.

A 24-year-old law student at Tulane, Beau was as mysterious to me as second base (both in baseball and in the bedroom). He was older. Intimidating. Hot. Boys my age had chicken legs and chubby cheeks. Beau had calloused hands and a jaw cut from steel. Our interactions were scarce—mostly involving slight stalking on my end—and yet deep down, I desperately hoped he saw me as more of a potential lover than a lovesick loser.

Turns out, I was fooling myself. My fragile ego learned that lesson the hard way.

Now, ten years later, we’re both back in New Orleans, and guess who suddenly can’t take his eyes off little ol’ me.

But things have changed. I’m older now—poised and confident. My ego wears a bulletproof vest. The butterflies that once filled my stomach have all perished.

When I was a teenager, Beau warned me to guard my heart.

Let’s hope he knows how to guard his.

Wowow. I don’t know how R.S. Grey manages to outdo herself each and every time she releases a new book, but I’m really glad she does. The second I read the blurb for The Beau and The Belle, I was instantly excited for it. Like- needed it on my kindle right this very second- excited. But then I got nervous. Being that excited for it was a sure fire way to be disappointed, right? Not when Grey is the author! The Beau and the Belle is a true romcom- romantic, sexy, witty, and splattered with the best second hand embarrassing moments.

When we first meet the characters, Beau, a 24 year old law student, is renting the guest house on the LeBlanc property. The guest house is small, but has everything he was looking for: it’s close to his college, flexible rent and privacy. Well… maybe not complete privacy, as a pair of eyes tend to be on him a lot of the time.

Those eyes belong to 17 year old Lauren LeBlanc. Lauren has an insta crush on Beau from the moment she first lays eyes on him. And her poor, naive 17 year old heart actually believes something could happen between them.

The two form a little friendship, which ends just as quickly as it begins.

Then the story starts back up, ten years later. Both Beau and Lauren are grown up, turning those chased dreams into reality. Lauren, no longer an awkward teen, but a gorgeous woman. Men around New Orleans are quick to notice, including Beau.

Ekkk!!! Guys. I don’t want to go into too much details, but seriously, you have to read this book!

Everything about Beau and Lauren is perfection. From failed flirting, a sweet friendship, to witty banter and sizzling sexual tension. Ugh, so good!!

Beau will still your heart right along with Lauren’s. He’s intelligent, driven, cocky, and charming. He’s kinda a breath of fresh air, with so many heroes being very similar lately. Trust me when I say you want to experience Beau.

And Lauren. She’s a WCW. She felt so authentic, I’m kinda disappointed she can’t be my best friend. She’s strong, independent, romantic and a little silly. She made me laugh out loud quite a few times. Don’t even get me started on her younger years… let’s just say that Grey captured being a teen so well, you may have cringe worthy flash backs.

The Beau and the Belle is the type of book you read when you want to laugh, swoon, and fall in love.

Don’t miss out on that!!

Find The Beau and the Belle on Amazon!